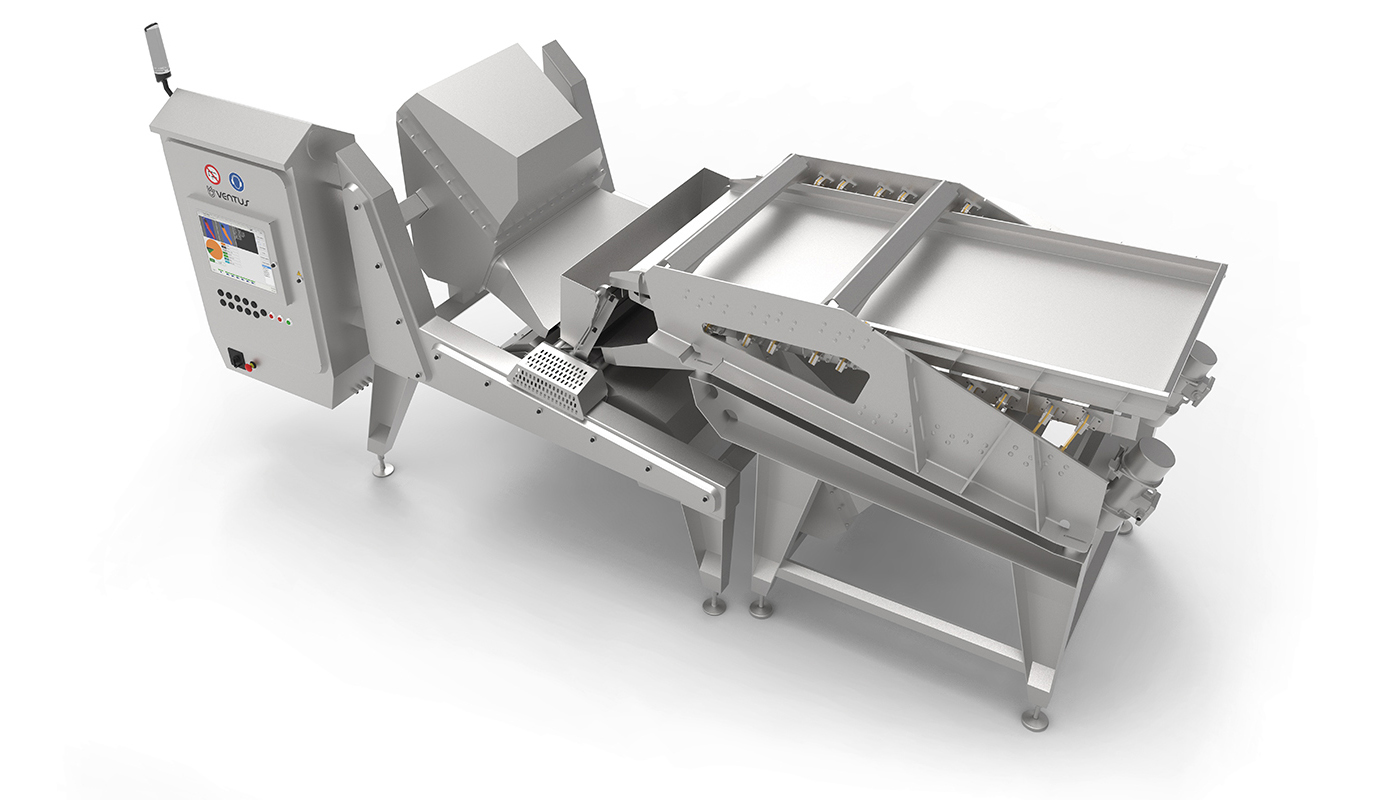 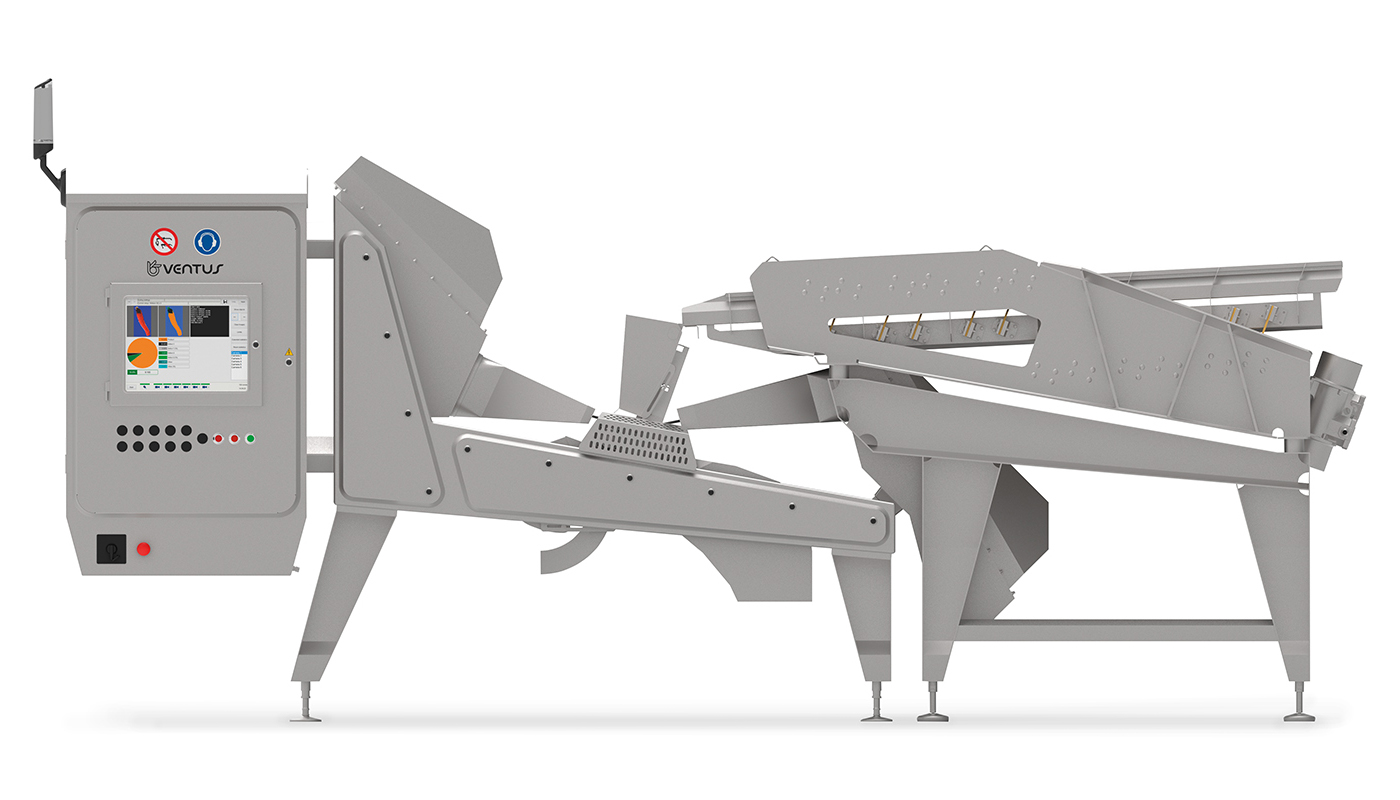 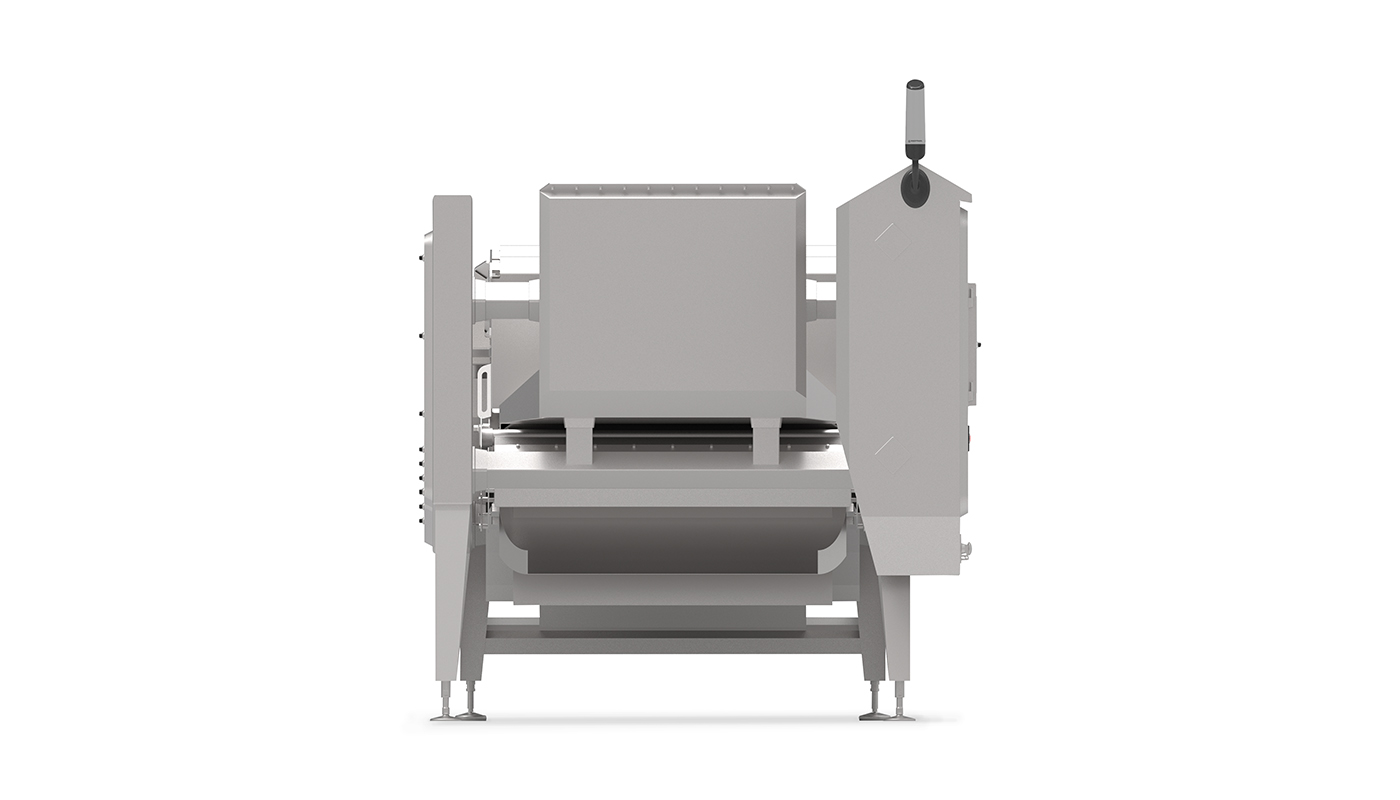 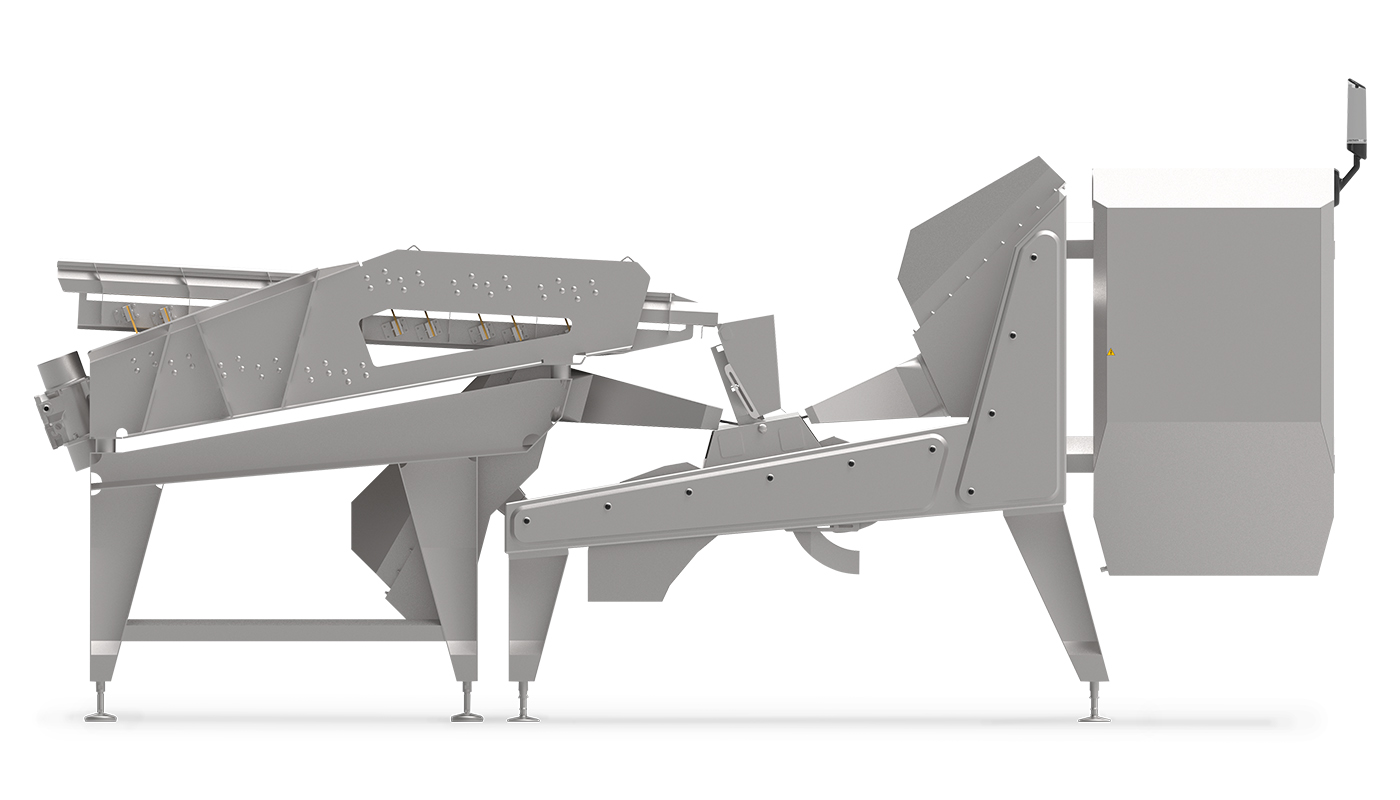 The VENTUS has been specially developed for sorting nuts and dried fruit, and is also ideal for frozen vegetables, berries and other small products.
​This free-fall laser sorter is available in various scan widths, up to 1800 mm.

The VENTUS has been specially developed for sorting nuts and dried fruit, and is also ideal for frozen vegetables, berries and other small products.

The VENTUS may be equipped with up to 16 lasers (and 32 laser detectors). Thanks to the combination of different lasers with specific wavelengths, the VENTUS is able to sort extremely accurately on the basis of color, shape, structure and biological characteristics. A brown shell fragment in between brown hazel nuts? Structure sorting extracts it without problems. Fluorescence lasers detect the chlorophyll content or the presence of harmful substances such as aflatoxin in nuts and dried fruits. SWIR (Short Wave Infrared) lasers see the difference between aqueous and non-aqueous products, ideal for finding foreign objects between vegetables and fruit. By working with different specific wavelengths, you always have the full power of the light source in question available at the optimum wavelength. In the case of multi- or hyperspectral systems based on white (halogen or LED) light, on the other hand, the entire spectrum - and therefore also the power - is divided, so that you have less useful information. Because the VENTUS uses lasers with a higher output, the contrast between good and bad products is also much clearer, resulting in optimal defect detection and excellent good-to-bad ratio.

The VENTUS has an impressive laser scanning speed of up to 4000 scans per second, resulting in an optical resolution of 0.3 mm, the highest resolution of any laser sorter on the market. It therefore easily detects the smallest impurities such as stalks (cap-stems) in raisins, shell fragments in nuts and even glass splinters.

All different laser signals are processed simultaneously by our Multi-Dimensional Laser System (MDL), so that defects and foreign objects are detected more accurately and the risk of erroneous rejections is reduced. The result: an excellent good-to-bad ratio that leaves other systems behind.

Deviating products are removed from the flow of good products using compressed air. Using an optional second ejection mechanism, you may also apply three-way sorting in addition to two-way. In order to get an excellent good-to-bad ratio even for the smallest products, the VENTUS may be equipped with a high-resolution valve system: ultra-fast and small ejection valves with a center-to-center distance of 4.6 mm.

The VENTUS is able to differentiate multiple product & defect classes and, if necessary, process them differently. Its advanced sorting software uses AI (artificial intelligence): it learns to identify products & defects on the basis of images of the objects passing through the machine. During the sorting process, the algorithm autonomously decides which products are removed. If your operators still detect errors, they can easily adjust the algorithm by classifying extra object images or via “Quick adjust”.

The design of the base frame of the VENTUS meets the strictest hygiene standards and machine guidelines. Furthermore, it’s modular, so that the VENTUS cannot only be easily configured according to your needs, but can also be expanded with the same flexibility after installation. To facilitate its integration into existing production lines, the VENTUS 1800 has a separate control cabinet. In addition, the VENTUS uses the CUMULUS platform for its operating and sorting software, just like all our other machines. Integrability guaranteed.