Who is Optimum Sorting?

Optimum nv was founded in July 2017 by Paul Berghmans and Steve Raskin, together with investment company Pentahold - three partners with years of experience in the development, production and sales of optical sorting machines using sophisticated camera and laser technology. Their ambition: to put a better and reliable alternative on the market as quickly as possible.

Some of the world's most successful companies have started in the proverbial garage. However, no matter how strongly such heroic examples appeal to the imagination, in a rapidly growing and changing sector, starting from scratch isn’t the best option. In order to make a flying start, an acquisition candidate was sought.

Coincidence or predestined? At the time, the Dutch Concept Engineers, who specialized in optical sorting systems for the food industry, were looking for fresh capital and also wanted to attract additional experience, management and new technology, such as laser inspection. The rest is history: Optimum acquired Concept Engineers and opened a new office in Hasselt, Belgium under the Optimum Sorting trade name.

Today, the group has 100 employees spread across branches in Eindhoven (NL), Hasselt (BE), Denver (USA), Turlock (USA) and Chiang Mai (TH). Development and production take place in Hasselt and Eindhoven. Optimum Sorting Inc. provides the sales and service for the American continent from Denver and Turlock. Sales and service for EMEA takes place from Belgium and the Netherlands, and is done in collaboration with local partners.

Want to be part of our team?

Find out about our vacancies

Optimum Sorting is specialized in optical inspection and sorting systems for the food industry, with a focus on all kinds of food products such as potatoes, french fries, vegetables, nuts, sweets and seafood like crustaceans and shellfish. In addition, the systems are also used for various applications in the non-food, pet-food and new-food industry.   Can't find your application on our website, don't hesitate to contact us and find out what we can do for your product.

The FOCUS is an optical belt sorter that is ideally suited for sorting a wide range of producs like fried potato chips, potato flakes, raw and frozen french fries, vegetables, processed fruits and even non food products like plastics.

With a maximum scan width of 2400 mm, it’s the largest optical belt sorter on the market.

The NEXUS is an optical sorter especially developed to sort products with various optical deficiencies. The NEXUS is mainly used to sort candy and sweets.

As a freefall sorter, the NEXUS is extremely compact. It has fewer moving components than conveyor belt sorters and therefore requires even less maintenance. But above all, during their fall, products may be viewed along two opposite sides, resulting in more accurate sorting.

The TRIPLUS is the most complete freefall sorter on the market, ideal for optically sorting whole potatoes (peeled/unpeeled), IQF french fries (Individually Quick Frozen) and a variety of vegetables such as whole carrots or Green beans.

The VENTUS is a dual-sided, freefall laser sorter, especially developed for sorting nuts and dried fruit. It’s available in different scan widths up to 1800 mm, and its highly stable and reliable lasers are extremely accurate in sorting on the basis of color, shape, structure and biological characteristics. This results in optimal defect detection and an excellent good-to-bad ratio. 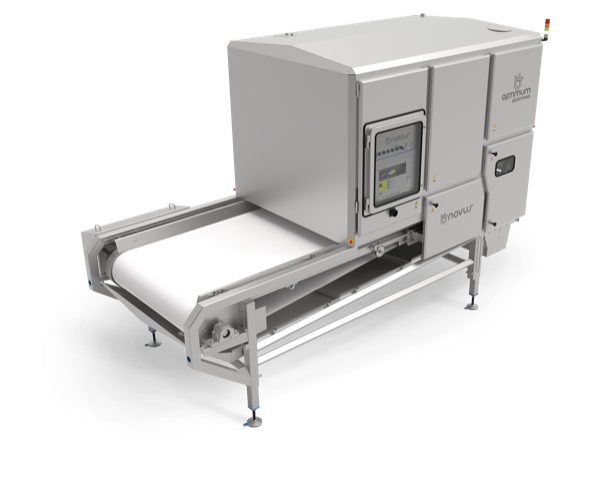 With the Focus, Optimum had the widest optical belt sorter on the market. Over the past three years, this FOCUS product line has systematically evolved and improved. The result is a radical new belt sorter with some unique features for an even more accurate sorting, called the NOVUS.

Optimum nv is founded in 2017 with the goal of providing the best optical sorters to the food industry. Using the latest technologies, our sorters will inspect a variety of bulk food products to ensure that they comply with the highest food standards.

Come and visit us at Fruit Logistica 2023!

Once again this year, Optimum Sorting will be present at Fruit Logistica, the trade fair who covers every single sector of the fresh produce business. It will take place from 8 to 10 February 2023 in Messe Berlin, Germany.

Optimum strengthens its presence in the non-food market

Just four years after it was founded, Optimum has established a reputation for engineering and service excellence, specializing in the field of optical sorting. While so far it has mainly focused on the food market, the company is now set to bolster its position in the non-food sector. With the appointment of Lars Janssens as Global Sales Manager Non-Food, the company has brought in the right man for the job.

The launch of the VENTUS at the end of last year has not gone unnoticed: it was immediately awarded with a gold medal at the premiere of Alina, the trade fair for the food industry held in Bordeaux, France. After the commissioning of the VENTUS 900 and VENTUS 1200, today we launch the widest free-fall laser sorter, the VENTUS 1800!

With the FOCUS, Optimum had the widest optical belt sorter on the market. Over the past three years, this FOCUS product line has systematically evolved and improved. The result is a radical new belt sorter with some unique features for an even more accurate sorting. Meet the NOVUS.

Our VENTUS in the freezer

At Optimum Sorting we believe that constant testing and research, is the clue to a better sorting solution for our customers. So during the hot summer months, our VENTUS made its way to cooler resorts and did some further tests on IQF Fruit / vegetables, at -18°C.

Optimum article in the Clipper Magazine: redrawing the landscape for sorting machines

Optimum will soon celebrate its third birthday and this is a birthday to be particularly proud of. The result of three years of intensive investment in research and development is creditable in a range of progressive machines that can handle any sorting challenge and a flexible and agile organisation that stands for optimal service.

Optimum takes customer support to the next level

It is no secret: for many years we at Optimum have been pioneering remote servicing. All our optical sorters are equipped with remote access features, enabling our technical team to provide 24/7 service worldwide, free of extra charge.

The coronavirus pandemic has changed almost everything, except our commitment to optimal customer support. That’s why we are taking our remote service to the next level, so all our customers can continue to count on us, and so could you.

Company Video RTL-Z: a short introduction of our company

Visit our booth at Fruit Logistica and experience our latest developments in optical sorting in virtual reality.
From 5 to 7 February 2020 you can discover our solutions at FruitLogistica in Berlin, Germany.

Interested to learn how we select with high precision only the right stuff to fill your candy bags?
From 2 to 5 February you will find our team at Prosweets

Optimum introduces AflaSort™, available as an option on its VENTUS™ free-fall laser sorter.
​This aflatoxin detection option is designed to significantly reduce aflatoxin levels, especially in almonds and peanuts, and to ensure optimum sorting efficiency, i.e. optimizing quality while minimizing yield loss due to false rejects.

Visit us at the Almond Conference in Sacramento

Curious about what Optimum Sorting has to offer as sorting solutions for almond products and other tree nuts?
​Then visit us at the Almond Conference in Sacramento from December 10 – 12, 2019.

Optimum Sorting seals its reputation as an innovator by winning the innovation award at the first edition of Alina, the French food industry fair.

Visit us at Cibus Tec in Parma, Italy

From 22 to 25 October 2019 and for the first time, you will find our team at Cibus Tec, the international food technology exhibition.

Interested to learn more about our sorting solutions for the food industry? ​
​Visit our team at Gulfood in Dubai!

Interested to learn more about our sorting solutions especially for potato products?
​Visit our team at Potato Europe in Kain, Belgium!

Interested to learn more about our sorting solutions?
​Visit our team at Packexpo in Las Vegas!

Interested to learn more about our sorting solutions?
Visit our team at Propak Asia in Bangkok!

Highest resolution and easy to operate

The Clipper talked to our partner and CTO Paul Berghmans, about our company and our sorting machines.

Visit us at the 2019 Food & Beverage World in Portland, Oregon

Curious about what Optimum Sorting has to offer as sorting solutions for potato products, vegetables and fruit?

Then come to the Nordwest Food and Beverage World in Portland, Oregon and find out how you can optimize your sorting process.

Visit us at Pack Expo in Chicago

From 14 to 17 October 2018 and for the first time, you will find Optimum Sorting at this international trade fair for the packaging industry.

With his 30 years of experience in the sale and implementation of optical sorting solutions, Luc Delobelle is now strengthening Optimum Sorting's sales team.

Spanish first for our brand-new VENTUS

Visit our stand at the INC World Nut & Dried Food Congress in Seville, from Monday, May 21st thru’ to Wednesday May 23rd 2018, and meet the VENTUS

Own assembly hall in Eindhoven

From now on, we’re going to be assembling our sorting systems ourselves.
​We’re starting with the FOCUS.

Our sales team is ready for you at Anuga Foodtec 2018

Visit our booth at Anuga Foodtec in Cologne, till Friday March 23rd, 2018 and get acquainted with the laser option for our FOCUS.

Come to Hasselt to see our sorting systems in action!

As standard, the FOCUS is equipped with advanced high-resolution cameras.
​Thanks to the optional laser sensors, you can further increase its sorting accuracy.

FOCUS with laser for the first time at Anuga FoodTec 2018

Visit our stand at Anuga FoodTec in Cologne from Tuesday March 20th thru’ to Friday March 23rd, 2018 and get acquainted with the laser option for our FOCUS.

For the first time and from 7 to 9 February 2018 you will find Optimum Sorting at this European trade fair for the fresh produce industry.

FRUIT LOGISTICA is visited by over 76,000 professionals from the food sector and no fewer than 3077 exhibitors show the latest innovations, products and services from the fresh produce sector.